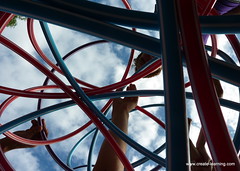 In an earlier article from the TOPMexicoRealEstate  NETWORK,  “Your Expert Property Finders,” it was mentioned that Puerto Vallarta real estate was going to benefit from programs from the Mexican federal government and the state government to boost tourism, which is the main and only industry in the Puerto Vallarta real estate area.  The final statistics from the summer tourist season now show us that these programs, along with strong promotional efforts from Vallarta’s tourist service providers, now show us that the effort has indeed paid off.  The area’s tourism industry not only matched last year’s numbers, but has actually shown modest improvement. According to official statistics from the state Ministry of Tourism, Puerto Vallarta showed positive trend, along with other destinations studied in the state of Jalisco .

There was some uncertainty about the strength of the industry in the face of the drastic drop off experienced during the swine flu travel advisory, but Puerto Vallarta’s tourist service providers reacted to the circumstances.

In the Puerto Vallarta real estate area, week 33 of this year (August 16 to 22), the second last week of the summer tourism season, had a hotel occupancy of 65%, compared to the slightly lower 61% of last year.   The state of Jalisco in general enjoyed a slightly smaller increase to 54.5% from 53.5 last year during the same week.  Vallarta fared significantly better than Mexico on the whole, which dropped 6.5%.

Part of the success of this summer’s tourism in Jalisco is linked to the Campaign for Tourist Attention and Information (Campaña de Atención e Información al Turista) held in the Summer Holiday season 2009, from 10 July to 21 August, in which the Ministry of Tourism of Jalisco offered  120 free tours to within the state, as part of a program to revive the tourism industry.  The program brought families to 40 destinations in different regions of Jalisco.

One million 200 thousand pesos were invested to make these tours possible, with a thousand 537 families benefited, which is the equivelent of 6 thousand 148 people who enjoyed the tourist destinations of their own state.  About a thousand 764 people were elderly.

Another part of the program was a special bus tour offered to the hearing impaired, who had the opportunity to travel to Chapala and Ajijic, the tour was conducted through the DIF Jalisco.  The tour was supported by two interpreters to translate the guide’s tourist information – slightly different from the usual translations we‘re used to.

While the tourism in Puerto Vallarta has seen a significant recovery the industry must now face the off season before the winter tourist season – which brings more international visitors.  However, Puerto Vallarta has shown that its tourism industry can survive, and even come out on top of difficult times.  The good news for property owners and future buyers is that Puerto Vallarta real estate will continue to benefit from a resilient tourism economy.

TOPMexicoRealEstate NETWORK; \”Mexico\’s Leading Network of Specialists for Finding and Purchasing Mexican Properties Safely!\” Region: Puerto Vallarta Real estate by Jim Scherrer has bought and sold real estate in Puerto Vallarta for almost a quarter a century and has made Vallarta his permanent residence for over ten years. Current member of (REBAC) real estate buyers agent counsel and (NABEA) national association of buyers exclusive agent. He is the owner broker of Puerto Vallarta Real Estate Buyers Agents. TOPMexicorealestate NETWORK \”Our experience at work protecting your interests\” (512) 879-6546