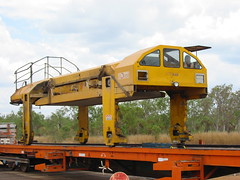 Government Funding for Sport in Australia

Australia has a reputation for providing the world with legendary sports men and woman, world class facilities, sporting technology and arguably the worlds number one development base. With Australia being a first world nation and a country with such a solid financial base; it is interesting to look at government funding in sport and recreation activities.


The ABS (Australian Bureau of Statistics) conducted a study for the financial year of 2000/2001 into government funding in sport and recreation activities. In this study there were various conclusive results that were found.


The figure of ,124.2 Million (2000/2001) also includes expenditure on the Sydney 2000 Olympic and Paralympic Games. While other state and territory governments contributed funds to build facilities and host international athletes to compete and train, it was primarily the national and New South Wales state governments that contributed most to the event. The New South Wales state government contribution was 2.3 million, while the national government estimated figure was .8 million.


In the financial year of 2000/2001 the majority of state and territory government funding was received by the Special events category, however it must be noted that the majority of this was directed to the Sydney 2000 Olympic and Paralympic Games. Due to the A.C.T.(Australian Capital Territory) being the base for municipality functions for sports venues, grounds and recreation parks it was found that the A.C.T. had the highest expenditure rate per person of population of 5.4 million.


Local government funding was primarily directed towards recreation parks and waterways which received 7.4 million (56%); however venues and sports grounds also received a substantial portion with 0.1 million.


The Australian governments contribute a large and widely dispersed figure to sport and recreation activities. With such funding Australia will continue to produce and provide sporting stars, facilities and events for the world to enjoy.

Gavin Stone is a leading Personal Trainer, fitness expert and publisher of iseekactive.com. His training methods and philosophies are unique and aimed at producing results for his clients. Gavin’s articles cane be found at: iseekactive.com

In Canada, the Harper government shifted M of a B arts and culture budget: from some arts and culture projects to others. In Quebec, artists were organized to take to the street and hype up the shift as “cuts” to the arts. The entire event was staged to whip-up fears that English Canada was trying to squash French culture, and thereby to regain political support for the French Nationalist secessionist Bloc Quebecois party during the federal election leading up to the October 14th, 2008 vote. On October 9th, 2008, Freedom Party leader Paul McKeever was a panelist on the Crossroads Television (CTS) program “On the Line” with host Christine Williams. The panel discussed the issue described above.
Government Funding