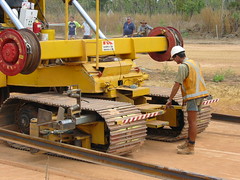 · The IMF predicts the US economy to slow down.

· The outlook for Western Europe and Japan isn’t too great either.

· Headline inflation has increased in both advanced as well as emerging economies.

· Oil price has doubled over the last six months.

· There is a possibility of deeper economic downturn.

· The stock markets of most of the countries have tumbled during recent times.

These sentences are not something new for regular readers of newspapers, especially financial newspapers. Everybody would have been affected as a result of the consequences of these statements. During tough times such as these, where would you put your money? Stock market – No that would be suicidal! Banks – rate of return would be too low. Then where?

One possible place is mutual funds. Mutual funds are a lot safer than shares and earn better returns than banks. But one must be careful while choosing a mutual fund during recession times. It is always a better bet to invest in bonds during recession. It ensures regular interest payments and possible capital appreciation when bond price increases. Bond mutual funds enable you to get just that.

5 reasons why one should invest in bond mutual funds:

1. They are a lot less riskier than stocks

3. They are diversified – the portfolio will be across many different bonds thereby reducing the risk of default and ensure regular payments.

4. Certain types of bond funds are exempt from federal and/or state taxes

5. They are more liquid than bonds.

There are many different types of these funds. Of these, some of the major ones are Government bond funds (or Federal bond funds), Municipal bond funds, corporate bond funds etc.

These funds invest in securities issued by state and/or local governments for doing public works such as building bridges, laying of state highways, constructing schools etc. Some of these funds are also exempt from federal taxes. Since they have the backing of the federal government, they are considered to have a very high credit rating.

These funds invest in the debt securities of corporations. They do not have the backing of the government; hence they are a bit more risky than the other two types of funds. However they pay out much higher income than the government funds.

Dilip Mohan, young & dynamic has had exposure divergent fields- from astronomy to wireless local loop. He is sharp and quick to grasp complex concepts. His interest expands to management. He has a flair for finance with an MBA degree in a reputed institute and paternal banking background. To check out his website click www.mutualfundforu.com To know about his other works visit Mutual Funds and Exchange Traded Funds

Raw Story: Democrats plan to cut Cheney out of executive funding bill Following Vice President Dick Cheney’s assertion that his office is not a part of the executive branch of the US government, Democratic Caucus Chairman Rep. Rahm Emanuel (D-IL) plans to introduce an amendment to the the Financial Services and General Government Appropriations bill to cut funding for Cheney’s office. The amendment to the bill that sets the funding for the executive branch will be considered next week in the House of Representatives. nogibbons.blogspot.com
Government Funding

Lukomnik brings an extensive background in asset management, both in the private and public sectors. Prior to forming Sinclair, he worked as deputy comptroller for New York City, where he served as the investment advisor for the city’s defined benefit pension plans, which encompassed over $ 80 billion in assets. During his tenure, the city’s pension funds materially outperformed the average large pension fund in America. He is a co-founder of the International Corporate Governance Network and a former chair of the Executive Committee of the Council of Institutional Investors. He currently serves as a director for Sears Canada, where he chairs the investment committee; as a trustee for the Van Eck family of mutual funds and investment trusts; and as a member of the International Advisory Board of NYSE-Euronext.

“We are delighted that someone with Jon’s stature and experience is joining our leadership team,” said David R. Koenig, chief executive officer of The Governance Fund, LLC. “He brings wonderful insights to our investment process and his particular interest in defining and quantifying good corporate governance makes him an ideal match for our company.”

Lukomnik commented, “Good corporate governance is important to individual companies, and also to the economy as a whole. The Governance Fund, LLC’s investment process is designed to allow investors the potential to realize outsized gains from the different return patterns of well- and poorly governed companies.”

Lukomnik is co-author of the award-winning “The New Capitalists” (Harvard Business School Press, 2006). He is the program director of the IRRC Institute (Investor Responsibility Research Center), which sponsors research on corporate governance and investor practices. In addition, Lukomnik was a founder and initial board member of GovernanceMetrics International, a corporate governance rating service.

The Governance Fund, LLC, a private investment management firm, uses a proprietary model to differentiate well-governed publicly-traded companies from those which are poorly-governed and seeks to capture the hidden investment value from this knowledge. The Governance Fund, LLC, offers both a long/short market-neutral strategy and a long/short relative return strategy to its clients.

For more information, please contact The Governance Fund, LLC, at 507.301.3149 or e-mail info(at)thegovfund(dot)com. 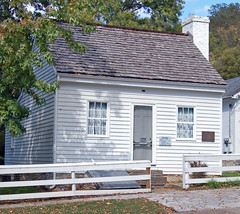 Grants are the funds given to an institution or person by a government to finance educational study, overseas aid and more.

Charter School Grants are the funds given to the charter school which is nothing but the public school operated independently by the local school board.

Pell Grant which is for the undergraduates and the money will be paid by the school. Second, Federal Supplemental Educational Opportunity Grant is for the students who are in utmost need of finance for their under graduation. Third, the Academic Competitiveness Grant implemented in 2006 for the students getting graduated from the high school. Fourth, the National Science & Mathematics Access to Retain Talent Grant for the final year undergraduate students who do majors in engineering, technology and science. Fifth, the TEACH Grant Program for the students who plan to teach in elementary schools for low-income families.

Government Grants for School are the fund given by the government to the students for their graduation by filling out FAFSA (Free Application for Federal Student Aid) form and submitted online. Government offers grants to the students by their field of study and grade points.

K-12 School Grants are the fund given to the students through their school systems, local tax boxes, teaching aids like textbooks, stationary, computers, etc.

Law School Grants are the fund given to the students based on their grades which is above 3.3 GPA in Law School Acceptance Test and their family financial status.

School Grants are the fund given for the school and college students based on their race, grades, social    activity and etc. Grants are usually offered by federal and state governments, private and public organization. Students can apply for grants through schools and universities. Students can also search grants through the schools of their preference also. Federal grants are usually for the low-income families. So to apply federal grants students should fill out Free Application for Federal Student Aid and they can also visit FAFSA’s official website.

School-Grants.com are a one stop site to get the latest and best information to obtain a school grant easier. We give you all the information you need for you to be informed prior to getting a school grant and will help you in your search for finding the perfect School Grant.

Snow says the federal and postal employee market Â? consisting of more than. 2.5 million workers Â? is often overlooked by the financial planning community. U.S. federal government employment statistics indicate that approximately 50% of federal workers will be eligible to retire in the next five years.

Â?The opportunity in this market for financial planners is a goldmine. Thousands of federal employees have $ 500,000 or more invested in a 401(k)-like savings plan. These are funds that can be rolled over into other investment options at retirement,Â? Snow states. Snow also points out that in addition to investment options, federal employees face many important decisions regarding health, life and long-term care insurance options, as well as special tax considerations.

CFEBS training courses Â? offered by independent study or conducted on-site at financial service firms — provides professionals with numerous helpful training materials. The materials include resources to help the professional identify the retirement needs of federal employees, as well as strategies on the best ways to reach potential clients in this market.

Snow states that hundreds of financial professionals now hold the CFEBS certification or are enrolled in the course, which was first offered in 2003.

Federal Employee Benefits Specialist, Inc. is a private, woman-owned small business in Castle Rock, Colo., and is an affiliate corporation of the Snow-Cap Agency, Inc. (http://www.snow-cap.com), a leading producer of employee benefits seminars and workshops for federal workers.

For many organizations, grants can be an essential source of capital and funding. However, there are only a limited number of government agencies and foundations offering grant assistance so competition for funding can be fierce. So, it is essential that any grant proposal should contain all the necessary information and be presented in the right manner for it to be successful. In this two-part article I look at the elements that make a successful grant proposal. Most funders will provide their own application forms and instructions for any grants that they make available. So the first thing you should do is to request the proper forms. In some cases they may accept a generic application form but it won’t increase your chances of success. Be sure to read all instructions before you begin preparing your application. If you have doubts about anything or any questions you should contact the funder for advice.
Government Funding
Video Rating: 4 / 5