Colorado’s unemployment rate was estimated at 8.1% in the latest month, down from the prior month’s 8.3% rate. Total employment grew by 32,000 jobs during the past 12 months.

Colorado small businesses that are net borrowers of funds can take advantage of historically low short-term interest rates likely to remain in place throughout 2012 and much of 2013.

The U.S. economy saw a net rise of 120,000 jobs during November, largely matching expectations. Estimated job gains of the two prior months were revised higher by 72,000 jobs. The U.S. unemployment rate declined from 9.0% in October to 8.6% in November, with a drop in the estimated labor force accounting for much of the decline.

Of all the issues that owners or managers of Colorado’s small businesses can complain about, the cost of short-term financing is not one of them. While obtaining credit in many cases is more difficult than a few years ago, and financial issues in Europe and U.S. political uncertainty have raised anxiety levels throughout the world, one constant is likely to remain in place throughout 2012 and perhaps well into 2013: the federal funds rate

The Federal Reserve’s most important interest rate—the federal funds rate—has been at an all-time low target range of 0.00%-0.25% since December 2008, a period of three years. Moreover, the Fed’s Open Market Committee has noted frequently its intent to keep that rate at the current level “until at least mid-2013.” Such a statement is almost unprecedented in the Fed’s history, as the institution has always preferred to keep financial market players guessing as to its next policy move.

The Federal Reserve has also enacted monetary policy initiatives in recent years that are also unprecedented, with the intent of helping stabilize the domestic and global economies. Such policy moves as two bouts of “quantitative easing,” Operation Twist, and the latest move to enhance dollar availability for European banks come to mind. In addition, the lowest level of long-term interest rates in 60 years can be of value to those businesses with access to longer-term fixed-rate financing.

The level of short-term financing costs is a component of the Small Business Index for Colorado.

The Vectra Bank Colorado Small Business Index for Colorado measured 114.2 in November 2011, down from a revised 114.6 in October 2011. The Index measures business conditions from the viewpoint of the Colorado small business owner or manager.

A lower Index number is associated with less favorable business conditions for Colorado’s small businesses. The Index uses 100.0 for calendar year 1997 as its base year. The Index also includes revisions to various historical and new forecast components as they become available.

The Colorado unemployment rate—the most heavily weighted component of the Vectra Bank Colorado Small Business Index for Colorado—was estimated at 8.1% in the most recent month, down from the 8.3% rate of the prior month. The 8.1% rate compares to the 8.9% rate 12 months ago. A lower Colorado jobless rate is a negative contributor to the Index as it suggests decreased access to labor for small businesses. Other associated factors typically tied to a lower unemployment rate, such as greater job creation, greater income gains and higher retail sales, pull the Index higher.

The U.S. unemployment rate declined sharply to 8.6% in November, versus the 9.0% rate of October and the 9.1% rate of the three prior months. Much of the rate decline was tied to 315,000 people leaving

the estimated labor force…and no longer being counted as unemployed. The remainder of the decline was tied to a stronger job gain estimate in the household survey than in the “official” establishment survey. The current 8.6% jobless rate compares to the 9.8% rate of one year ago, the 9.9% rate of November 2009, and the 6.8% rate during November 2008.

Goods producing employment fell by 6,000 jobs in November, with a loss in construction (down 12,000 jobs) offsetting small gains in manufacturing (up 2,000 jobs) and mining and logging (up 4,000 jobs). Private-sector service providing employment rose by 146,000 jobs in November, led by gains in retail trade (up 50,000 jobs), professional & business services (up 33,000 jobs) and education & health services (up 27,000 jobs). Overall government employment fell by another 20,000 jobs during the month.

The December 2011 Vectra Bank Colorado Small Business Index for Colorado will be released on January 12, 2012.

Having spent a decade with Westpac Business Advice, BT and Credit Suisse Private Banking, Sydney financial planner Dr Greg Nazvanov CFP® started INKOM Wealth Management, a fee for service financial advice firm that specialises in financial planning for same-sex couples and the LGBT [lesbian, gay, bisexual and transgender] consumer segment. “In America the LGBT market is $ 700 billion. US research found 92% of GLBT consumers are likely to try a brand known to provide equality at workplace including gays and lesbians and 64% are more likely to buy a product or service that is marketed directly to GLBT population. For many years we’ve felt that the Australian LGBT consumer is a huge developing market, but banks refused to acknowledge this or focus on it,” says Dr Nazvanov.

Financial advisors now have the opportunity to really differentiate themselves from the market by understanding the financial needs of same-sex couples regarding family, superannuation and legacy issues that are unique to LGBT community. Research found 30 per cent of LGBT businesses seek adopt secrecy and 80 per cent lacked specialist advice, especially when it involves business financial planning, funding, or dealing with SMSF superannuation and estate matters.

The number of gay families is rapidly growing. In 2001, the census reported there being 19,594 same-sex couples. In 2006, this number had shot up to 27,000 and about 30,000 in 2009. Since 2011 same-sex couples will be counted in the CENSUS coding. “ABS will make available a count of opposite-sex and same-sex couples who marked their relationship as ‘husband or wife’ or ‘de facto,” said David Nauenberg, Census Director. Stephen Page who runs the Australian Gay and Lesbian Law Blog thinks it’s weird that the ABS will give numbers of same-sex married couples while the government doesn’t recognise them.

Same-sex couples are also known to be very affluent, largely due to the fact that the majority of couples do not have children, have university degrees and earn higher salaries. Because less than 20% of GLBT households have children, GLBT consumers have more discretionary income to spend than a typical Aussie family – giving them more per capita buying power, while they demand premium services.

It is no wonder that banks and financial organisations now want to target the gay and lesbian market.

Tolerance resulting in change for the better

In 2008, the Same-Sex Reforms were announced, seeing the amendment of 84 Australian Commonwealth laws. Most of these amendments came into effect on 1st July 2009.

Following the changes, same-sex relationships were then treated more equally to heterosexual relationships according to Australian law.

In August 2009 the government was asked by the Australian Greens to pass legislation for same-sex marriages but after a review by the Senate Legal and Constitutional Affairs Committee, this was rejected.

Then in February 2010, it was announced that the government would introduce legislation for a Relationships Register to be introduced. This would mean that same-sex couples would be able to enter into a “registered relationship”, which would prove the existence of their relationship and thus enable same-sex couples to be eligible to the same full rights as offered to heterosexual couples under state and federal law. This essentially became the equivalent of a registered partnership or a civil union, as recognised in other parts of the world.

Gay and lesbian couples can also download a free eBook called the Same Sex Marriage Financial Power Guide which was written specifically for same-sex couples to help them understand the financial planning issues that affect them.

INKOM Wealth Management is a fee for service financial planning firm in Sydney that provides clients with advice on how to retire early, invest and reduce debt, how to grow and protect wealth, and leave legacy.

Prior to joining Capital Business Solutions, Joon worked seven years as a Senior Sage Fund Accounting consultant. His experience with nonprofits extends beyond the typical technology consulting role, having been the Finance Director for Missouri Ozark Community Action in Richland, Missouri for five years. “Joon brings a wealth of practical nonprofit financial management and Sage Fund Accounting experience to our team” says Peter Saul, Director of Consulting Services. “Joon’s certification as a Community Action Professional combined with his 7 years of Sage Fund Accounting experience gives us an ability to offer an even richer implementation experience to heavily grant funded organizations.”

Eric Knellinger, President of US Federal Contractor Registration, announced yesterday that yet another client has succeeded in government contracting after working with the third party registration firm. Chris Weyrick was recently awarded a contract by the Department of Veterans Affairs after working with US Federal Contractor Registration to complete his CCR and ORCA registration. The $ 354,575 contract grants Weyrick the opportunity to perform on-site inscription services at Abraham Lincoln National Cemetery.

Over $ 11 billion in government contracts have been awarded since the beginning of the 2012 fiscal year on October 1st, according to the USASpending website. Over 13% of that $ 11 billion has been awarded by the Department of Veterans Affairs.

The Abraham Lincoln National Cemetery is located approximately 50 miles south of Chicago in Elwood, IL. It was dedicated as the 117th national cemetery within the Department of Veterans Affairs National Cemetery Administration. President Lincoln was the 16th President of the United States; he signed the law authorizing national cemeteries in the United States on July 17, 1862. Once fully developed, the cemetery will provide 400,000 burial spaces.

The Georgia Tech Procurement Assistance Center has estimated that nearly 20% of CCR records errors or omissions. It is extremely important that contractors’ CCR and ORCA registration are complete and accurate. Failure to complete and maintain the required government registrations can result in payment delays or disqualification for contract awards. Serious errors may even result in fines or punitive action. To win their first contract, most businesses spend an average of 20 months and $ 100,000 marketing their business to contracting agencies. If their registration is incomplete or incorrect, all that time and money will have been wasted. 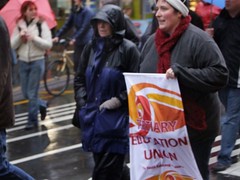 Answer by jennyssigns
not really, it is very hard to get a grant. there are many many people wanting the same grants and some companies hire special people to get those grants. don’t even waste your time. I know they sound appealing, but most are bull. check with your local SBA office and they can help with a loan and paper work.

Add your own answer in the comments!