Autism Speaks, the world’s largest autism science and advocacy organization, today introduced 11 new sections to its popular Autism Safety Project on the Autism Speaks website. Safety is a concern for all parents, but given the challenges of individuals with autism spectrum disorder (ASD), safety is even more critical. The new sections of the Autism Safety Project focus on safety in the home and the community, and provide information about preventing sexual abuse and other forms of mistreatment.

Keeping individuals with autism safe is of paramount concern to families and should start within the home. These concerns are addressed in “Safe Signals,” a collection of in-home safety materials for individuals with ASD developed by the Ohio State University Health System Nursing Patient Education in conjunction with the Ohio State University’s Nisonger Center and the Ohio State University Medical Center’s Burn Center. The Safe Signals section of the Autism Safety Project includes a workbook and vinyl clings with important home safety information for the kitchen, bathroom, bedroom, living areas and utility spaces. In addition, a “Safe Signals” video is available on the Autism Speaks Autism Safety Project webpage. A $ 25,000 community grant from Autism Speaks covered the production costs of the “Safe Signals” video, workbook and vinyl clings.

“The focus of the Safe Signals project is to develop fire and burn safety at home for older teens and young adults with autism. To our knowledge no other resource quite like this exists for this population,” said Lisa Murray-Johnson, program director for patient education at the Ohio State University Medical Center. “Whether they live alone, with a roommate, in a group home or with care providers, we want to prevent accidental injury before it happens. Burn center experts are excellent at treating burns, but education to prevent burns is equally important,” said Murray-Johnson.

A new Community Section expands the Autism Safety Project with the inclusion of information, tips and links to professional resources to help ensure the safety of an individual with autism outside of the home. It is broken down into categories that address common situations that can pose a risk depending on an individual with ASD’s cognitive and communication abilities. Categories include crossing the street, learning landmarks and directions, taking public transportation, using public restrooms and asking for help. For each category, Autism Speaks worked with professionals to provide tips and resources to teach appropriate safey skills in the community.

Sexual abuse is a very real concern for individuals affected by autism. According to the Centers for Disease Control and Prevention (CDC), approximately 1 in 6 boys and 1 in 4 girls suffer from sexual abuse before the age of 18. Additionally, the U.S. Department of Justice’s National Crime Victimization Survey, the country’s largest and most reliable crime study, reports that every two minutes a person is sexually victimized in the United States – and the numbers for individuals with disabilities are even higher. With these troubling statistics in mind, Autism Speaks has developed a special section of the Autism Safety Project on sexual abuse to inform and empower parents to talk about sexuality with their children, take preventive measures, detect signs of abuse and address suspected instances of abuse.

“People with autism are especially vulnerable to sexual predators, and some may either be unaware that they are being mistreated or may be unable to effectively communicate that abuse has occurred,” said Lisa Goring, Autism Speaks vice president of Family Services. “It’s critical that we do everything possible to prevent abuse by arming parents and children with key safety information, as well as improve our ability to detect and report any instance of mistreatment.”

Additional sections of the Autism Safety Project include information and strategies targeted to first responders and judicial personal. Within each section there is information about characteristics associated with autism and strategies to facilitate safe and productive interactions. The online resource also features materials to help families be better prepared for an emergency or crisis situation, including tools for creating an effective safety plan. It also provides a list of national autism information resources that includes first responder training programs and safety programs for people with disabilities.

Autism is a general term used to describe a group of complex developmental brain disorders – autism spectrum disorders – caused by a combination of genes and environmental influences. These disorders are characterized, in varying degrees, by social and behavioral challenges, as well as repetitive behaviors. An estimated 1 in 110 children in the U.S. is on the autism spectrum – a 600 percent increase in the past two decades that is only partly explained by improved diagnosis.

Autism Speaks is the world’s largest autism science and advocacy organization. Since its inception in 2005, Autism Speaks has made enormous strides, committing over $ 160 million to research and developing innovative resources for families. The organization is dedicated to funding research into the causes, prevention, treatments and a cure for autism; increasing awareness of autism spectrum disorders; and advocating for the needs of individuals with autism and their families. In addition to funding research, Autism Speaks has created resources and programs including the Autism Speaks Autism Treatment Network, Autism Speaks’ Autism Genetic Resource Exchange and several other scientific and clinical programs. Notable awareness initiatives include the establishment of the annual United Nations-sanctioned World Autism Awareness Day on April 2, which Autism Speaks celebrates through its Light it Up Blue initiative. Also, Autism Speaks award-winning “Learn the Signs” campaign with the Ad Council has received over $ 300 million in donated media. Autism Speaks’ family resources include the Autism Video Glossary, a 100 Day Kit for newly-diagnosed families, a School Community Tool Kit, a Grandparent’s Guide to Autism, and a community grant program. Autism Speaks has played a critical role in securing federal legislation to advance the government’s response to autism, and has successfully advocated for insurance reform to cover behavioral treatments in 29 states thus far, with bills pending in an additional 10 states. Each year Walk Now for Autism Speaks events are held in more than 80 cities across North America. To learn more about Autism Speaks, please visit http://www.autismspeaks.org.

Autism Speaks was founded in February 2005 by Suzanne and Bob Wright, the grandparents of a child with autism. Bob Wright is Senior Advisor at Lee Equity Partners and Chairman and CEO of the Palm Beach Civic Association. He served as Vice Chairman of General Electric; and as the Chief Executive Officer of NBC and NBC Universal for more than twenty years. He also serves on the board of directors of the Polo Ralph Lauren Corporation, Mission Product, EMI Group Global Ltd., and AMC Networks Inc., and is a Trustee of the New York Presbyterian hospital. Suzanne Wright is a Trustee Emeritus of Sarah Lawrence College, her alma mater. Suzanne has received numerous awards, the Women of Distinction Award from Palm Beach Atlantic University, the CHILD Magazine Children’s Champions Award, Luella Bennack Volunteer Award, Spirit of Achievement award by the Albert Einstein College of Medicine’s National Women’s Division and The Women of Vision Award from the Weizmann Institute of Science. In 2008, the Wrights were named to the Time 100 Heroes and Pioneers category, a list of the most influential people in the world, for their commitment to global autism advocacy. They have also received the first ever Double Helix Award for Corporate Leadership from Cold Spring Harbor Laboratory, the NYU Child Advocacy Award, the Castle Connolly National Health Leadership Award and the American Ireland Fund Humanitarian Award. In the past couple of years the Wrights have received honorary doctorate degrees from St. John’s University, St. Joseph’s University and UMass Medical School.

GrantWritingOnlineCourse.com Learn to Write Grants with our grant writing courses. Call 1.888.293.0284 for more information. This online grant writing course will teach you the ins and outs of grant proposals. Learn from the comfort of your own home. Granter Writer secrets will be shared for nonprofit grants, government grants, federal grants and more. Are you curious about what it takes to develop an award-winning grant proposal? Are you interested in being put on the right track to learning how to write grant proposals that get funded quickly and easily? GrantWritingOnlineCourse.com has got the solutions to all of your grant writing needs and challenges! Just try out our free e-course and receive as an added bonus our Grant Writing Starter’s Kit. Our free e-course is designed to point you in the right direction and provide you with a sample of the rich content you will receive when you sign-up for our other online trainings that takes the guesswork out of grant writing. Our Basic Course gives a great overview of the entire grant writing process in a very concise manner and is ideal for those wanting to gain quick insight into the world of grant writing. Our Standard Course, which is also taught at other colleges and universities, goes into detail about all the nuts-and-bolts of the grant writing process and offers you special access to our Online Grant Writing Library that is loaded with rich content, including templates, forms, samples, and interviews with professional …
Government Funding
Video Rating: 4 / 5

Part of the Beauty of the Beast Collection Directed by Russell Lee Ford and Produced by British Getaway Films The Grants’I Am The One’ captures the city of Dubai’s final goodbye in all of its true beauty.
Government Funding

How to get money for free just by asking for it. www.getbillcash.com – Government grants never have to be paid back and are being sent to millions of Americans. Several thousand dollars at a time is available in free money. Get some of your now. Get personal grants to pay off debts, grants for starting a small business, grants for investing in real estate, grants for women owned businesses, minority business grants, debt relief grant. This grant money is non-taxable and interest-free! … you know Ross Perot started his first company with FREE Government Grant money? The Secret Of Free Grant Money *EXPOSED* Getting Your Grant Quickly How to get free grant money for personal use. Claim free government money you never pay back. … free government money programs and private foundation grants. Each year who get Free Grant Money & Help from Uncle Sam. … Instant access to hundred’s of business grants and loans! FREE MONEY TO PAY YOUR BILLS . For resources and information on Grants and Making money on the net … Absolutely Free Government Money. Application for government grants. Take advantage of the free money grants the government offers. … Millions of dollars in free grant money is required to be given away each month … Money, free scholarship, government grant, grant money, scholarship, … Money To Study The Earth And Sky 00 Grant Opportunity For Students. www.getbillcash.com Go to the site and you what you can apply for, for free! There are lots of free money …
Government Funding 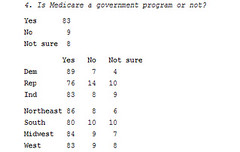 Many people want information about health insurance and Georgia children. Georgia has a comprehensive health care program for uninsured children, through a partnership with the Department of Community Health, Georgia families, and three health care private care management organizations. You can get information about this particular health insurance and Georgia children’s program at the web site dch.georgia.gov.

The three organizations that take care of health insurance and Georgia uninsured children are Amerigroup, Peach State, and Wellcare, which include preventive, primary, dental and vision care for children. The government knows how important it is that companies that provide health insurance and Georgia government agencies work together to make sure all Georgia uninsured children receive the medical care they need, as well as medication and mental health care.